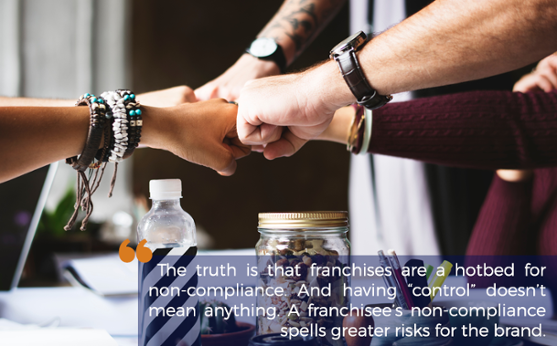 Franchisors, step up: How to address franchisee compliance

Operations
Published 2017-06-27
Every franchisor’s worst nightmare: having their good brand name and sterling reputation dragged through the mud by employees’ of franchisees. Just ask the senior managers of a chain of 7-Eleven stores forced to stand in front of a Senate committee in Melbourne, Australia. In 2015, a major investigation into 7-Eleven stores revealed horrifying details that rebranded the chain “a sweatshop on every corner”.

Franchisees’ earnings are linked to the outlet’s profitability. And this profitability is linked to the productivity and service delivery of its workforce. No wonder, then, the incentive at non-compliance, cutting corners and creating adverse conditions for employees.

Yet, there is a modicum of distance, at least in terms of plausible deniability. If a franchisee crosses the line with employees and standards of conduct, it’s not the head franchisor who suffers.

So says the Australian Franchising Code, administered by the ACCC. It’s a standard that is held to closely in several other countries like Canada1 and the United States2.

But, illegal activity or not, a franchisee’s non-compliance spells greater risks for the brand. Exhibit A: that cringe-worthy, tongue-in-cheek, new slogan, “a sweatshop on every corner”.

Says David Weil, Principal Investigator into franchise compliance and violations: “The challenge for franchisors is maintenance of brand image, a crucial piece for overall profitability”. He also adds that, “[Any] divergence in franchisor and franchisee investment in the brand has profitability implications”.

Exhibit B: the over 1,100 investigations from 2000 to 2013 into Doctor’s Associates Inc.’s Subway franchise brand, resulting in about 17,000 Fair Labor Standards Act violations and a requisite reimbursement of employees by the brand of around $3.8 million3.

The bad news is that these sorts of franchisee compliance cases snowball into the public sphere, thanks to a 24-hour news-cycle and a long-standing public memory. Cue, almost instantly, an increase in scrutiny and compliance.

The truth is that franchise brands are a hotbed for this kind of non-compliance. And having a “control” over the process doesn’t mean anything.

Conclusion: if the franchising model is susceptible to franchisee compliance issues — regardless of reasoning and especially if small infractions in franchisee behavior lead to illegal violations — then there needs to be:

Luckily, we’ve put together some answers based on our own clients’ experience preparing for rapid growth and franchisee acquisition4.

Each of these five basic areas need to work in tandem for there to be an environment of “compliance”. But there are definitely one or two places that are more vulnerable to violations — violations which then trickle down to employee abuse and labor law infractions.

And these areas are, inevitably (and understandably), the areas that involve human interpersonal relations, those between franchisees and employees: payroll & employee obligations, franchisee performance and regulatory compliance.

People are a hit and miss. So are businesses, sometimes. But is there something about the franchising model that uniquely positions it for miscommunication and non-compliance?

According to a report on Strategic Enforcement by David Weil of Boston University, the link between franchise brands, the franchise business model and a tumult of investigations is not a mistake.

See, a franchise business model comes with its perks:

But it also comes with its inherent characteristics that “weaken” it:

When looking at directed investigations in company-owned outlets, Weil saw that there was a “franchise effect” going on.

Overall, there were 1,300 more cases of wage-withholding and labor infractions in franchise models than there were in company-owned outlets.

One of the reasons is the model itself. At the end of the day, a franchisee has more to gain from not complying in cases where the standards set either don’t reflect their local customers, aren’t communicated properly or aren’t followed up on consistently.

In the case of the Subway franchise brand, a rapid growth model by Fred DeLuca helped not only expand the enterprise globally but also contributed to franchisees feeling “exploited” by Doctor’s Associates Inc.

The program “elevated and paid successful franchisees to train and support an even wider network of franchises” but left franchisees “being threatened with losing their stores” and a “failure to comply”.

Just compare DeLuca’s response to the Department of Labor versus this triumphant interview here:

“It’s important to make the franchise inexpensive enough that it’s accessible to a wide range of people, so that people in all parts of the country could afford to buy and run a franchise.”

Franchisee compliance comes down to expectation: they can comply with what they know and what the expect to occur.

Creating an auditing process that is consistent and collaborative instead of controlling is the first step. The process itself should be about identifying risk and managing it across a franchise network.

It’s also not a process that needs to be expensive or complicated. All it needs is to be planned and actually implemented, according to periods that have been already decided in advance and that have been communicated to the franchisee.

An auditing process that feels “par for the course” instead of invasive and correctional is likely to be invited by the franchisee, who will also have the right records on hand. And it’s likely to increase trust between the franchisor and franchisee, rather than erode it further.

The issue is that most franchise brands are busy trying to add locations instead of spending a similar amount of time scrutinizing the locations they already have for compliance. On-going and sincere support is sadly missing in too many networks.

The techniques of auditing vary on format and concept and can include anything from survey results, on-line self tests, employee feedback, mystery shoppers and focus groups.

Another mistake is that the auditing process itself focuses only on under-reporting of sales rather than other standards and indicators of compliance. Remember, compliance is not only about profitability and revenue success but the five areas above.

And, finally, to avoid scapegoating or making an example of any group of franchises, auditors in alignment with franchisors should select a fair cross-section of franchisees, not just those targeted for “underperforming”.

Looking at non-compliance on a case-by-case basis

Considering infractions and “slip-ups” on a case by case basis means that franchisees don’t feel alienated and they don’t have the chance to resent their franchisors for labeling them as “non-compliant”.

The fact is not, in short, showcased to the network.

On the other hand, considerations on a case-by-case basis also allow the franchisor to take pause and ask why the franchisee may not be compliant, look for reasons and solutions to these, and keep aware of other financial obligations or requirements for ongoing training.

“Franchisors must be willing to admit that occasionally, fault is a two-way street, and that may call for creative solutions”5.

Keeping a franchisee advisory board or representative body alive

Another great way to keep the lines of communication open, and especially to invite mature franchisee experience into the fold for important material changes, is to have an advisory board.

This solution addresses what happens after an audit: once all is said and done, data collected, records checked, infractions addressed and franchisees spoken to, what can be done to make sure that issues don’t become systemic?

A representative body like a franchisee advisory board is not quite there to act as a “labor union” or push through the interests of the franchisees, as though it’s a bargaining group.

It’s easier to think of the advisory board as a “focus group”, where the franchisor can propose certain new changes to the system and test the level of openness to the idea there is with members of the board.

Based on this, they can get a sense of what to expect and what incentives to offer to make changes with the rest of their franchisees.

Owning up – All care but no responsibility?

Instead of a matter of accountability, let’s nip it in the bud by making it a matter of transparency.

A study conducted in 2012 by David Weil concluded that franchised businesses have better industrial relations compliance rates than comparable independent small businesses but support from franchisors is what makes all the difference.

This 2010 report conducted by the Fair Work Ombudsman in Australia:

“Employers that received industrial relations support from their franchisor were more likely to abide by the law than other employers” but that “large and small franchises offered different levels of support.”

So what does this mean for franchisors? Well, a number of things.

Secondly, concerns about franchisee compliance need a process for internal contact, follow-up and addressing before they can snowball out of control to . This means franchisors need to be re-thinking their communications platforms — doing away with papers and outdated emails and moving, instead to digital on-line platforms developed for franchise networks. Getting stuck in the quicksand of Facebook or email will not resolve anything.

2. As of Aug 27, 2015, the NLRB’s ruling in the Browning-Ferris case, however, stated that the old definition of “joint employer” “failed to keep pace with changes in the workplace and economic circumstances.” According to this new standard, a company is a joint employer if it exercises indirect control over working conditions or reserves the authority to do so. This could spell trouble for franchisors who have previously enjoyed contractual separation. From Alexia Elejalde-Ruiz’s, “Is McDonald’s responsible for franchise workers? Labor law hearing set to begin”, Chicago Tribune

3. From Forked: A New Standard for American Dining by Saru Jayaraman

4. From “The 5 franchise compliance areas you must get right”, Asia-Pacific Centre for Franchising Excellence 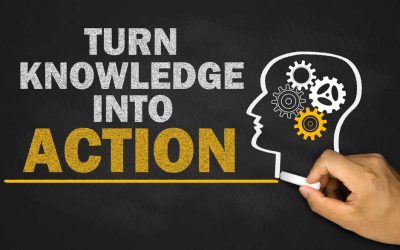 Ever had the thought: "How come they don't read our Manuals...?" Well, let's just say that's not a very unique question among franchisors and support teams. Here are four fundamental factors that greatly will increase your ability to get your franchisees and teams to... 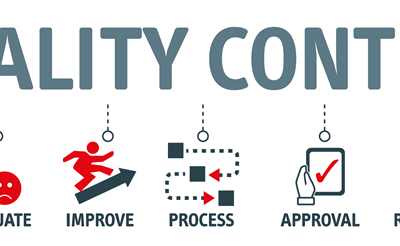 Everyone talks about quality – but what is it, and how can we make everyone in the network better understand it? But first and foremost: Our customers decide what quality is for them! You may think that something is of high quality but other people might disagree and... 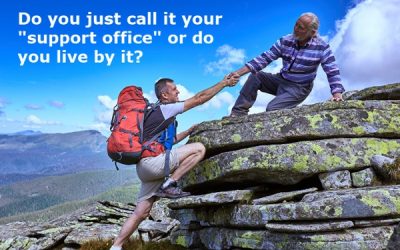 Franchisors: Do you just call it your “support office” or do you live by it?

You need to help your support team to understand the franchise Over the past twenty years, I’ve watched franchisors building their networks with passion and an absolute focus on their franchisees’ success. But I’ve also watched with growing concern as that passion and...